A positive outlook: Arizona’s economy is strong and rising! 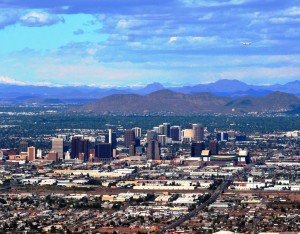 by the Arizona Commerce Authority

Arizona is known for our spirit of opportunity, and under Gov. Doug Ducey’s leadership we are getting things done! Our state continues to receive national accolades for our progress. Here are a few recent highlights:

Governor Ducey’s vision for ACA 2.0 is to increase this success by streamlining economic development efforts, being more efficient with taxpayer resources, enhancing the state’s marketing efforts, and creating a one-stop shop for businesses small and large.

The governor isn’t just committed to making government work better, he is also ensuring our state provides the best environment for job creators. Arizona leads the nation in supporting innovative, 21st-century business models. Unnecessary regulation on ridesharing has been lifted, and outdated laws preventing homesharing have been removed. Entrepreneurs now have more access to capital through crowdfunding.

Arizona was recently called the “hottest new place for autos” by Fortune Magazine, which noted that our state is “fast becoming a key center of the burgeoning self-driving car industry.” Google, Uber, and GM have all established testing programs for self-driving cars in Arizona, thanks in large part to the Governor’s executive order allowing autonomous driving.

With momentum like this, Arizona’s economic future looks bright! микрокредит