For 130 years, we’ve been THE voice in business 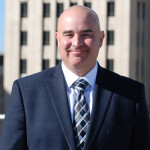 From the very beginning, the Chamber served the region’s innovators, employers, builders, and entrepreneurs by supporting efforts and policies to make Phoenix an economically prosperous region where businesses and people thrive.

With a long history of advocating for strong public policy, the Chamber spearheaded efforts to build a railroad North, develop better infrastructure such as roads and highways, and attract people and talent to the Valley. The Chamber was also instrumental in the development and growth of the region’s agriculture industry. A key component of this success was the Chamber’s role in the region’s water planning efforts, including the creation of the Roosevelt Dam. In addition to the Chamber’s support of infrastructure and development of industry, Chamber leaders were instrumental in efforts to establish Arizona State University as a university to support the region’s growing population.

Thirteen decades later, we still advocate for business every day and are proud to be the Chamber of the future. We’ve evolved our look and developed innovative programs to meet the needs of business in the Valley.

As the region continues to expand, the Chamber serves as the leading voice for modernization in the city. From our support of the creation of a robust highway system and 21st century airport to our current and ongoing support of the region’s light rail, the Chamber focuses on supporting pro-business policies that foster economic growth and help existing businesses expand.

With more than 2,400 member businesses, the Greater Phoenix Chamber has grown and evolved with Phoenix.

In the past five years, the Chamber created an economic development program to assist existing businesses grow, launched a Foundation to foster strong talent pipelines across key industries and a healthy workforce, and continued to provide a robust public affairs program for Chamber members.

Today, Phoenix is the sixth largest city in the nation, with more than 4.5 million strong and growing. As the city grows, we’re committed to ensuring that YOUR business has a voice at every level as our city evolves and changes.

I hope that you’ll join us in moving Phoenix forward. Get involved with our economic development efforts through an upcoming meeting or forum or engage with our public affairs department through the issue committee process. We want you to be involved with the future of our region! займ онлайн