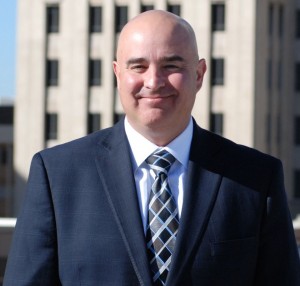 As I watched the Senator’s speech, I was reminded of another speech. Last year, I had the honor and privilege of hearing former NYPD Fire Chief Richard Picciotto speak on Sept. 11. During his remarks, Chief Picciotto recounted the events of a tragic day for our country.  Sixteen years ago, he responded to the news that the World Trade Center was on fire—at the time the South Tower had already collapsed and his team was racing to evacuate the North Tower before it, too, fell. They weren’t fast enough. The building collapsed, encasing them in millions of pounds of debris and total darkness. Four hours later, he miraculously emerged alive but changed forever, much like our country. That day, he shared with me, and the rest of the audience, what he learned. He said, “They didn’t attack Republicans or Democrats on 9/11, they attacked Americans.  Those who attempted to destroy us actually brought us closer together—as one nation.”  Then he asked, “What’s happened to us?  How have we forgotten the lesson we learned that day?”

With Chief Picciotto’s words, I remembered a beautiful morning in Lafayette Park, right next to the White House. While I sat on a shaded bench, a family of five—Mom, Dad and three little ones—strolled through the park.  They stopped as the Mother pointed at the White House and said, “What an Obamanation [abomination].”  The Father nodded his head while the kids giggled. There were many who felt that way during President Obama’s service to our country, and I’m sure there are plenty who feel the same way as President Trump leads our great nation.

The scene I witnessed is not an isolated incident or an extreme example. It is how people, from all political backgrounds, talk on a regular basis. It’s clear from social media and the talking heads on CNN, FOX and MSNBC that this type of talk is the rule, not the exception.

We have devolved into a nation of “us” versus “them”. We are now a nation of absolutes. We take no prisoners.  Compromise now equals defeat.

We are fond of saying that we will never forget, but we have forgotten one of the most important lessons of 9/11.

First and foremost, we need to remember that we are all on the same team. We are all Americans. We aren’t Republicans or Democrats. We are more than our political affiliation, and we should start acting like it.

As a proud citizen, I challenge you to set aside rhetoric and contempt. I challenge you to be a catalyst within the community to ensure that we have good schools, strong roads and a friendly business climate focused on growth and economic prosperity.