Farewell & Thank You to Ed Zuercher 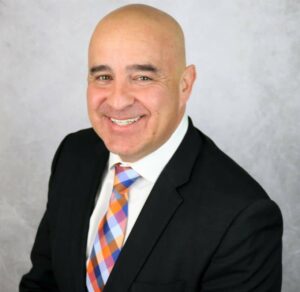 Please join me in thanking and congratulating Ed Zuercher on his final day as Phoenix City Manager. After 28 years of service to the City of Phoenix, including eight years as the City Manager, his retirement is well deserved. During his tenure as City Manager, Ed has worked tirelessly alongside the Greater Phoenix Chamber to make business needs a priority. His contributions include acting as a sounding board as we developed our economic development and workforce initiatives, serving on the Chamber’s Board of Directors, partnership on key policy initiatives and his overall willingness to hear from the business community.

Working in conjunction the Mayor and City Council, Ed oversaw with great diligence a total city budget of over $5 billion for airport, water/wastewater, solid waste, convention center, transit system, and general city services. The Chamber worked diligently with Ed, alongside the Mayor and City Council  to grow the regional economy from within and encourage investments that support the growth and prosperity of Phoenix’s economy.

Ed has been a consistent champion of smart growth. In partnership with the Directors of Aviation Services, Ed has helped elevate the economic impact of one of Phoenix’s greatest assets—Sky Harbor International Airport. With an economic impact of $38 billion annually, the airport is a significant economic driver in the state. Current and future projects including upgrades to the PHX Sky Train, adding an 8th concourse to Terminal 4, and the demolition of Terminal 2 to allow for future growth will all contribute to the vitality of Sky Harbor and the prosperity of Phoenix.

He has also been a forward-thinking leader, willing to take on important but often difficult conversations to ensure Phoenix remains poised for success. Currently, as the availability of water is a topic of great importance, the City of Phoenix has been a leader in securing water supplies. Under his watch, the City of Phoenix has already begun conversations about the sustainable economic development that will be most respectful of our water supply.

Ed recently joined us at a Public Affairs Committee meeting to discuss his tenure and future of the City of Phoenix. His overall sentiment of “what’s good for business in Phoenix, is good for the City of Phoenix almost all of the time” has made him a valuable leader and partner to the Chamber. Within the last eight years, I applaud his leadership to turn the city’s $37 million deficit into a $30 million surplus. As Ed shared with our members, “we have a good economy thanks to the business community that has put a firm footing as a city and a region. The growth is remarkable!”

As the City of Phoenix transitions into new leadership, Ed is optimistic in the City’s ability to tackle the future of police reform, water infrastructure, affordable housing, homelessness, climate change, and diversity, equity & inclusion. I am confident in Phoenix’s future knowing Ed doesn’t see any of these challenges as something we can’t solve, as long as we work together to find solutions.

I am encouraged his mantra, “work smart, spend wisely, be kind” will continue to inspire a government that is innovative, efficient and customer oriented. The Greater Phoenix Chamber and Foundation appreciate his service to the city and our business community, we wish him the best in his next great adventure!