Leading to create a regulatory environment that moves Phoenix forward 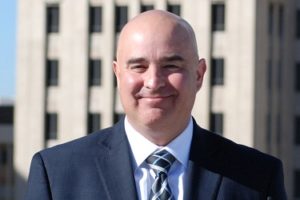 Earlier this month I traveled with a delegation of Phoenix business leaders to our nation’s capital.

The Chamber spent a week in Washington D.C., where we met with lawmakers and White House officials to discuss how key initiatives and policy decisions could impact our economy in Arizona.  We explored and endorsed key issues that are vital to our region’s economic growth and future.

Tax Reform
We’ve all heard the buzz about the tax reform legislation in congress. The drafted legislation that just passed the House (and is anticipated to go to conference committee with the Senate after the holidays) is a big step in modernizing an antiquated tax code that puts our nation at a competitive disadvantage in today’s competitive marketplace.

Here at home, as we approach the beginning of our state legislative session, we have the opportunity to work with lawmakers to on tax reform proposals that matter most to Arizona.

Infrastructure
We all know that a vital part of Arizona’s growth is a healthy and robust infrastructure system that moves people and products across the state.

In Arizona, there are more than 2,900 transportation and logistics companies employing approximately 97,000 individuals. Despite the size and importance of transportation, Arizona’s transportation system is facing a $63 billion funding gap. And, we’re not alone. Many other states and cities across the nation are dealing with aging infrastructure and the need for new, 21st century roads.

In D.C., it was clear that there’s a long road ahead of any national push for infrastructure funding or investment. In fact, the business community will have to lead the way on this issue. We now have the opportunity to advocate for our state and push the federal government to support infrastructure investment that supports our economy.

Trade and growing the economy
For years, the Chamber has been supportive and active in fostering positive trade relationships with our neighbors. Today, we still recognize the important role trade plays in our economy.

After all, nearly 14 million American jobs rely on trade, and we cannot afford to put these jobs at risk. Moreover, trade with Mexico is a vitally important to our economy.

Here in Arizona, NAFTA has been a spark to economic to growth. For instance, our state has a trade surplus with Mexico, exporting 9.1 billion in goods and importing only 7.6 billion. Further, approximately 100,000 jobs are sustained through our trade with Mexico. NAFTA is a key economic partnership that supports small business and jobs here in Arizona.

This year’s delegation trip to Washington, D.C. was more insightful than ever. Hearing from our federal delegation and meeting with federal officials provided a platform for the Chamber and the businesses we represent.

Through our discussions, it is clear that the Greater Phoenix Chamber can help lead the way and support our lawmakers by providing them with the information they need to make informed decisions about how policies will impact Arizona’s future.

I look forward to working with other business and community leaders in the coming year to continue to advocate for Arizona at all levels. Together, we will move our economy forward. займ на карту онлайн